The Voice of the Republican Party in Manatee County.

“If you believe in Conservative principles and endeavor to uphold the Constitution, then we invite you join the Republican Party of Manatee County.” 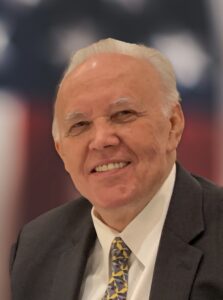 Please take a moment to review this video from Rep. Vern Buchanan 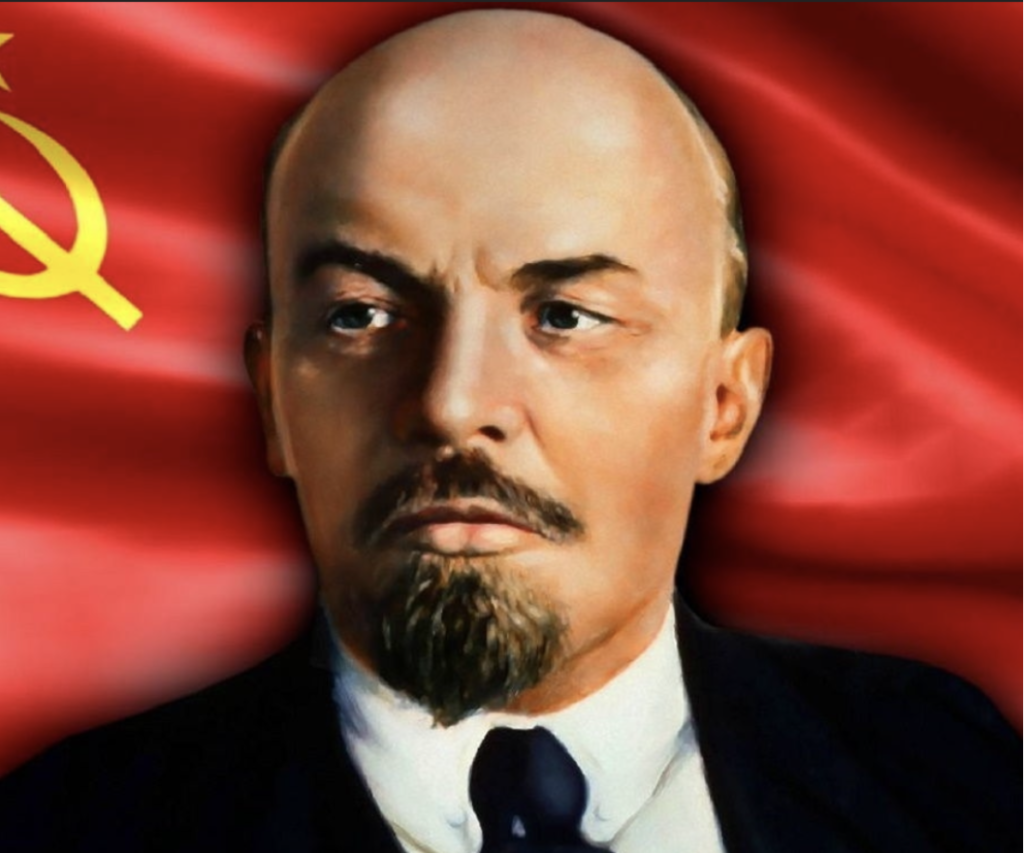 Please consider joining the "Victims of Communism Day" Committee. Click on the image to the left to sign up.

MCREC at the RNC Leadership Rally

Steve and Cindy with friend…

MCREC at the Manatee County Fair

Our volunteers are out in force meeting and greeting attendees at the Manatee County Fair. 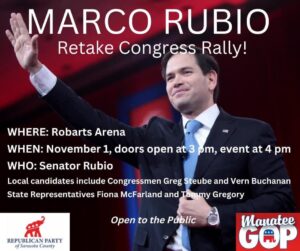 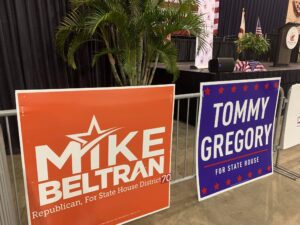 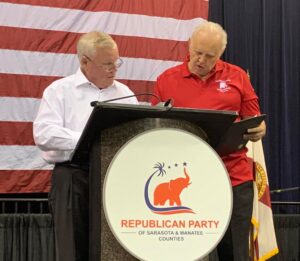 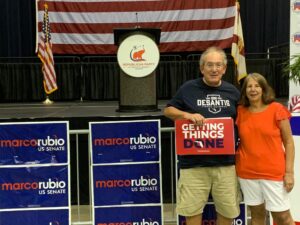 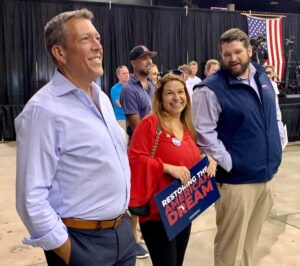 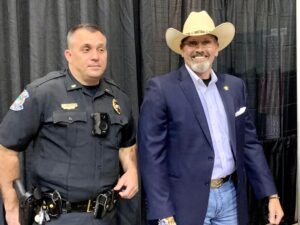 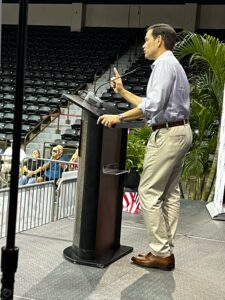 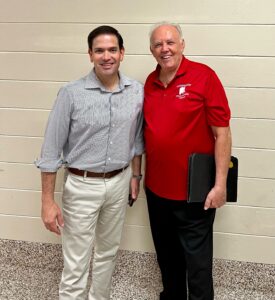 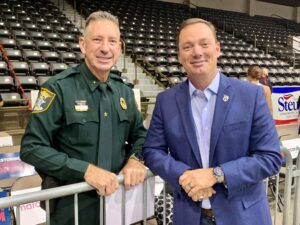 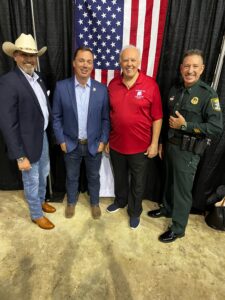 It Was a Super Saturday!

Our Get Out The Vote campaign kicked into high gear as volunteers converged on District 2 last Saturday.  The weather was superb and the energy was high as entire neighborhoods were blanketed with volunteers urging residents to vote for Amanda Ballard and all of our Republican candidates.

RPOF Florida Victory Campaign Off
to a Great Start !

The phones are buzzing, DeSantis and Rubio signs are sprouting up everywhere and doors are being knocked as the RPOF Florida Victory Campaign continues its Get Out The Vote effort.  The campaign – organized and managed by Alice Rothbauer and Marcia Nelson of the RPOF- has enlisted a platoon of MCREC members to help ensure a Republican victory on November 8.  Armed with the latest technology, volunteers are able to dial hundreds of calls daily and blanket entire neighborhoods with flyers in an afternoon!

Candidate Rally was a huge success!

Hundreds of energized Republicans from Manatee and Sarasota counties converged on Robarts Arena on Saturday, July 16 for a 2-county Candidate Rally.  The arena floor was packed with attendees eager to hear from all 42 Republican Candidates on the ballot in Manatee and Sarasota counties.  Candidates worked booths, shook hands and generally engaged in lively conversation throughout the day.  And in the best tradition of “Pie and Politics”,  slices of a wide variety of delicious pies from world famous Yoder’s were handed out to attendees .  It was old-fashioned politics at its best!  Check out the photos below from this extraordinary event

We actively engage with the community to make Manatee County a better place to live.

Manatee County REC in the News

Hear from our members...

“A very engaged group of patriots.”

George Kruse
“Our members are passionate about freedom and work hard to make our county better.” 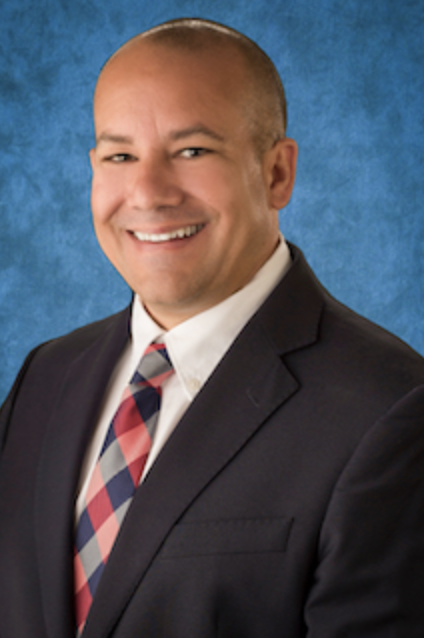 Kevin Van Ostenbridge
“It would be difficult to find a better way to make a difference while protecting our freedoms.” 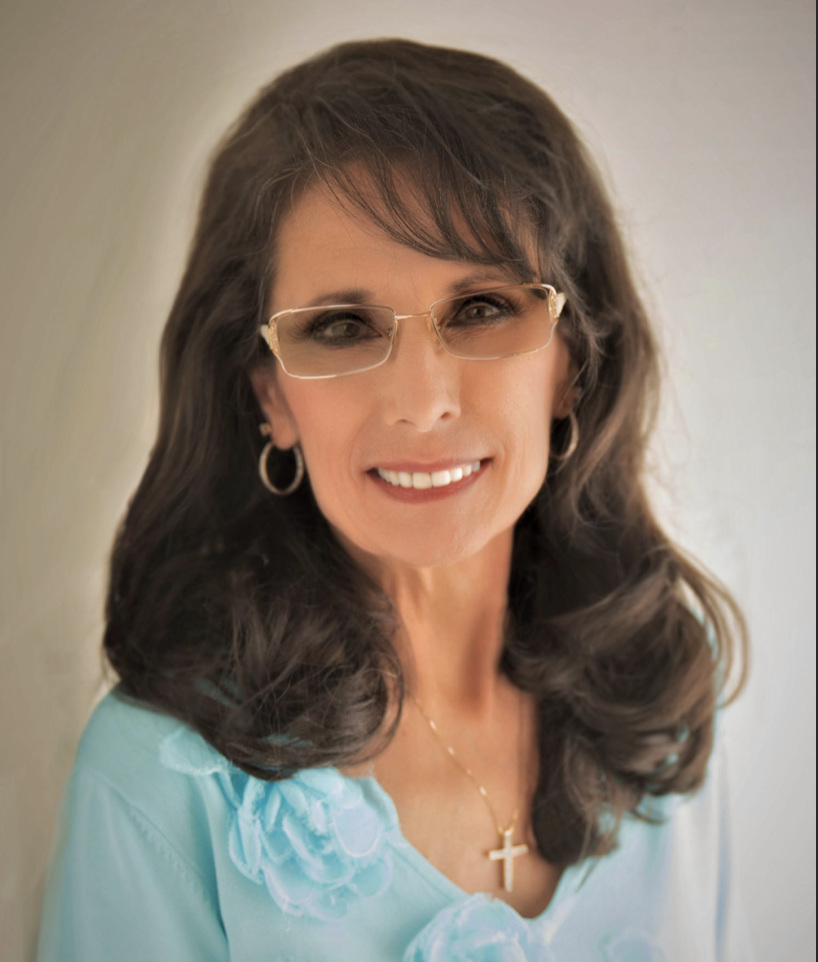 Perhaps an alternative editorial board approach to the slavish adherence to an ideology or a political party would be to analyze and consider the individual personal quality, professional experience, and job execution of candidates? Perhaps comparing those characteristics would be more useful for the citizens of Florida in the projected environment? Perhaps that evaluation should be based on merit, objectivity, and comprehensive intellect, rather than race, gender, and national origin? Perhaps an approach truly comparing past performance and projected potential of a candidate’s impact would change the trajectory of the abysmally low (and sinking) public opinion of the media in America? Perhaps journalism that clearly separates factual reporting from partisan opining will enhance the effect of editorial endorsements?

The Times endorsement clearly did not take this approach in coming to its “conclusion” recommending Rep. Demings for U.S. Senator to its readership in the Tampa Bay area. The incumbent U.S. Senator, Marco Rubio, to all but the most biased, clearly has a qualitative edge that was all but disregarded by the Board. An editorial board with courage might have balanced the candidate qualities more objectively. Notwithstanding their political preferences, they might even have taken a neutral stand! But no! As they did in 2018 when they endorsed the drug addled, morally challenged, Mayor of Tallahassee for Governor, they endorsed the Democratic nominee for Senator on the basis of race, gender and far left political orthodoxy. The real question is, will they have the courage and independence to print this letter?

Letter to the Sarasota Herald Tribune

Senator Marco Rubio is a key and influential proponent for a strong and effective U.S. national security. His comprehensive grasp of American national security includes not only our military preparedness and international foreign policy leadership, but also our economic and energy security, public health security, immigration/border security and humanitarian rights policies. He is a recognized international advocate for our American national interest, a vital influencer in the global world of competing sovereign interests and the strongest proponent for the values of human rights. As a first-generation offspring of parents who fled Communist Cuba, he viscerally understands the inhumanity of Communism and authoritarianism. 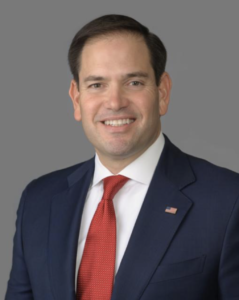 While voters generally focus on “kitchen table” issues, recent global events, including COVID, Russia’s invasion of Ukraine, supply chain disruptions, rising food scarcity, and skyrocketing inflation and energy costs, all inform us of the interrelationship between our daily lives and the unforeseen dynamic shocks that impact America on the larger world scene. There is no better prepared nor more articulate political leader on international affairs in the United States Congress than Senator Rubio.   Florida needs our Senator to continue his hard work keeping America safe and delivering on America’s promise!! He deserves your vote in November.

Members are notified in advance of all general meetings.

Register to Vote! Click the "VOTE" button to go to the Manatee County Supervisor of Elections website... 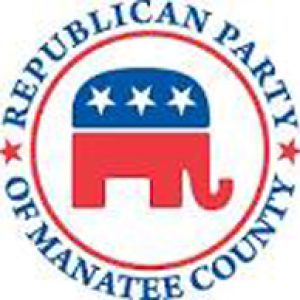